Supercon is like a comic con. It’s a festival that celebrates superheroes, anime, fantasy, science fiction, video games, pop culture, wrestling, and more. Lots of people dress up as their favorite characters, and people come from all over to see and be seen. Louisville Supercon is Louisville’s largest multi-genre comic con, bringing an expected 15,000 attendees over three days Nov 30 – Dec 2, 2018 at the Kentucky International Convention Center.

Who goes to Supercon?

Supercon appeals to people who are inspired by superheroes, fairy tales, science fiction, fantasy, comedy, horror, and so much more. There’s a balance between the up and coming stars and the ones we remember from a nostalgic time. There are events for people of all ages! No matter what you’re in to, there will be something at the show that will appeal to you.

What happens at a Con?

Attendees enter through an exhibition hall which features art, collectibles, toys, posters, t-shirts, books, and more. Program guides will be handed out that will list all of the events and activities happening that day. The celebrities and artists have a place to meet fans in the exhibition hall, and they also appear on stage for Q&As to discuss their projects with fans. Supercon also features a variety of entertainment such as video gaming tournaments, costume contests, comedy shows, late night karaoke and raves, and workshops of all kinds.

Why do people go in costume?

People dress up to show their love for a character beyond just wearing a t-shirt. Characters can range from favorite comic books, anime, video games, movies, TV shows and novels. Some people will wear store-bought costume like they would for Halloween. But not every character is available. So, some people will make there own costume. Costume play or “cosplay” can be artistic, and some attendees spend weeks making replica costumes of their favorite characters and even take on the personality of these characters while portraying them. Cosplayers often get treated like stars by other attendees due to the amount of workmanship that goes into these costumes. A few hundred of the best compete in costume competitions throughout the weekend for prizes. 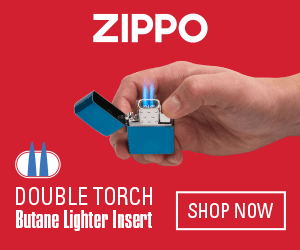